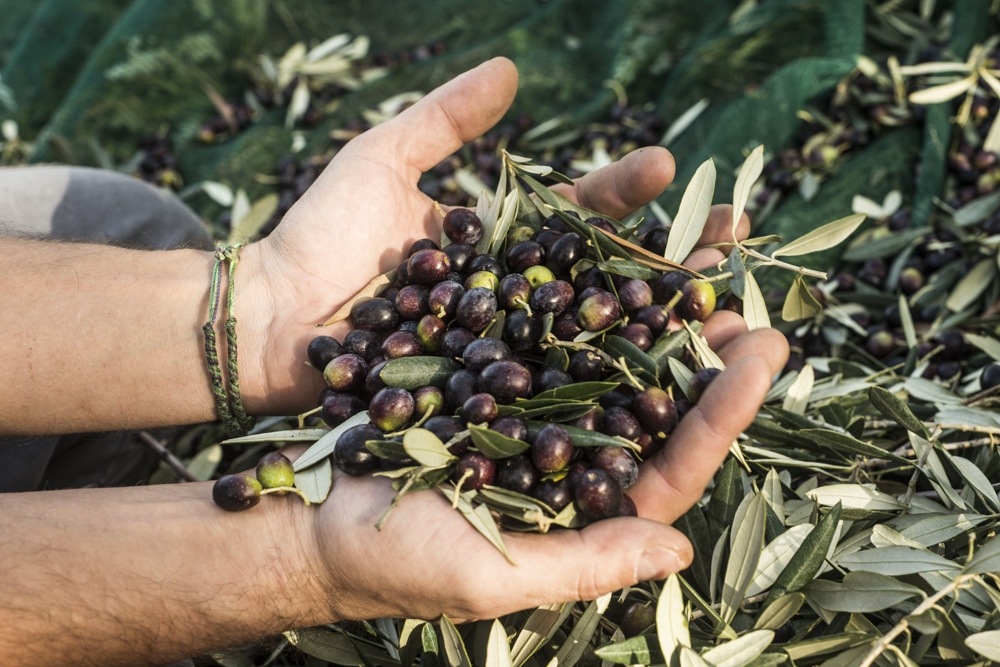 The oil benefited from the “long wave” of the search for the quality of the raw material. This meant that we started talking about quality oil, but just like the fancy restaurant menu nowadays, it only led to much confusion. Quality oil is associated with the price you are willing to pay, or acquires value only by the fact that you go to the oil mill to buy it. Error. As another cliché, with the same fate of Prosecco to be put in the pantry and to be opened only for "special occasions". Ironically you cook every day with terrible oil from the supermarket but when you have guests for dinner, you put the good oil on the table, which having now been open for months, is hopelessly rancid.

We’ve made progress from our grandmothers who bent to the ground collecting overripe olives fallen from the tree to make us oil. However, we continue to think that the oil from the supermarket (the one we paid an extra two dollars for as opposed to the cheaper one) is synonymous with quality. We are willing to spend 20 dollars for a bottle of wine that we will consume in a single meal, yet we shy away from the idea of ​​spending that same amount for a quality oil which will take at least a couple weeks to go through. This is the error, and it is a purely cultural error.

Today we talk about oil quality, as if we had discovered hot water. Yet the ancient Greeks and Romans had already told us everything. More than 2,500 years ago, a maniacal work was done on selecting the best drupes, extreme care was taken in the milling phase and the oil was differentiated according to quality type and the "mass market" type. Already! Our ancestors are far-sighted: for the patricians Oleum ex albis ulivis, of the finest quality, the caducum oil for slaves, while for cosmetic uses and lighting the cibarium oil (of mediocre quality, the one that it was extracted from olives harvested from the ground because they fell from the tree for advanced ripening). Now, think back to the grandmother who collected the olives from the ground: did you catch the provocation?

I like to tell the anecdote handed down by the historian Polybius. Romans against Carthaginians. We are at the showdown with Hannibal on the Tebbia river, 218 BC. The Romans were severely defeated because they could not handle weapons easily on that cold winter day. The body was so numb from the cold that the hands had completely lost their sensitivity and could not hold the grip of the sword. Polybius says that the Carthaginians managed to tick it only because they made use of a little trick: great connoisseurs of the properties of the oil, they had experienced that it was enough to anoint the body, to create almost like a new thin layer of skin that would protect them, not making them feel the cold.

Since then, oil, together with wheat and wine, will be included in the miles romanus ration, both to defend against bad weather and to season their daily portion of polenta and beans.

Monte dei Cocci in Testaccio gives us an idea of ​​what was the sestertius turnover of the oil ark in this period in the Empire. From Ostia, amphorae with betic oil reached the port near the Emporium, and once emptied of the Spanish oil, they were destroyed and abandoned on the ground, to create a mountain of forty meters of head (in fact , “cocci” in Italian are just fragments of broken ancient Roman pottery).

Without bothering my grandmother again in the old black and white photos of the past, however, every time we go to the supermarket and buy a Bertolli or a Carapelli thinking it is a good oil, or thinking (wrongly) that at least it is of Italian origin, we should feel guilty and rethink the ancient Greeks. Because even the Ancient Romans had invented nothing. From the Middle East the culture of oil arrived in Greece and if it hadn't been for the Phoenicians, who knows, today we would prefer butter to oil as a condiment. The ancient Romans, however, when they tasted oil, the "good" ones, did not continue to prefer "supermarket" oil, but began to make quality too.

Homer already talks about oil when he narrates that Ulysses, rescued after the shipwreck, brutalized by the journey and encrusted with salt, is washed by Nausicaa and the maidens Feaci, and then anointed with olive oil grown in the garden of Alcinoo.

We remain in the mythological sphere.  After all, the myth has always fueled a cheeky Lolita charm, and it never seems to age. The city of Athens was so named in honor of the glucopid deity, moreover. And this is known history. But why? Athena had an intense and glaucous look. His eyes were said to be fickle and indecipherable in color, like olive leaves. Those eyes apparently look green, but it was enough to get close to catch some light-dark gray and silver. This particular coloring of the leaves is precious for the drupe in the ripening phase: it is as if the abundant summer sun bounced in a play of mirrors on this silvery lacquer and breathed the warm warmth, helping it in maturing. For this reason his eyes were considered a symbol of Light and Wisdom.

Let's talk about a dispute: the stakes were Attica. The duelists: Poseidon and Athena. The contest would have been won by who of the two, would have made the most beautiful gift for the city. The god of the sea struck a blow on the Acropolis, and from the crack a source of sea water emerged, wanting to symbolize the dominion of Athens over the sea, and a white horse, an instrument of war. Athena, however, struck the earth with a spear and gave birth to an olive tree. Zeus was in charge of the choice. The goddess won, because she had brought peace with the olive tree.

If the wine of the symposium was experienced as a tool to train the "brain", oil was entrusted with the care of the body and its well-being. Olive leaves will adorn the head of the winners and oil jars are the prize for the Panathenaics.

At the time, oil was a luxury item that not everyone could afford. In the "middle class" kitchens, animal fats were used. The oil was so precious that it was preferred for other uses, from lighting, to more frivolous purposes if we want, like making balms. The oil was a real status symbol, it was the Coco Chanel of the past.

Just at the collapse of the Roman Empire, however, causes the gumming up of work. As in a relay race, the Middle Ages represented the relay team with little slam. The barbarian invasions entail an important socio-economic change, above all, the blocking of trade. Everything is downsized, to the extent of a "fiefdom". The vines and olive trees will be razed to the ground and, both the grapes and the olives will continue to grow only in the enclave of the Abbeys, to obtain the "Blood of Christ" to celebrate the Eucharist (from the Greek Christós, it means "anointed with oil "); while the oil, considered for its beneficial properties is a cure-all used first for the anointing of the sick, and only at a later time we will talk about the intervention "in extremis" of the parish priest, given the custom to do this rite to death occurred, or when the disease had now revealed itself without the possibility of recovery.

It is therefore not surprising today to find these two crops still closely linked. From the small winemaker to the large producer of super-conventional wine, part of their property has always been left for the olive grove for pure blazon and respect for the peasant tradition, even if the oil represents only a negligible part of the production and, moreover, a significant economic sacrifice given the costs involved in producing it.

Heraclitus said that life flows, "To those who descend in the same river always new waters come". Here is the moral of the Heraclidean tale: one cannot bathe in the same river not even once, since the water that bathes the foot is no longer the same as that which bathes the ankle. The world is never the same as itself, it changes, it evolves by its nature. It's time for change. It's time for awareness: "good" oil is good for your health. But this is another story ...

WE'LL BRING ITALY TO YOU.

Be part of the finest Wine Club in Rome and bring Italy home to you wherever you are.

WE'LL BRING ITALY TO YOU.

Be part of the finest Wine Club in Rome and bring Italy home to you wherever you are.